Ruth Bader Ginsburg is without any doubt a feminist legend, she was a formidable woman who fought hard for women´s rights. Unfortunately, on September 18th, 2020 she passed away. The world lost a brilliant judge who fought for human rights and women’s equality, and who worked very hard to combat gender discrimination.

RBG was an inspirational cultural icon who helped to change many lives. On the basis of sex is a movie that portrays her story. The movie shows how Justice Ginsburg’s fought against unconstitutional discrimination on the basis of sex between women and men. There were 178 laws that differentiated women and men on the basis of sex, they focused on treating women differently, not equally. RBG believed that changing the culture means nothing if the law doesn’t change. “Change minds first, then change the law”, she used to say. 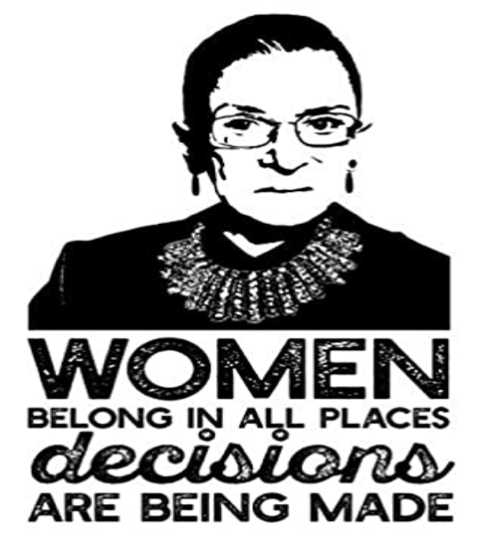 The movie illustrates how Justice Ginsburg cared about people and their struggles. She fought for equality both for women and for men. Prior to working at the United States Court of Appeals and later at the Supreme Court Justice, she worked at the ACLU Women’s Rights Project, where she worked on several important cases that involved sex discrimination against men.

Justice Ginsburg was known for her dissents, she fought hard to combat inequalities. Her loss is hard to face, her legacy is important because her fight is proof of how commitment and perseverance lead to important achievements. It is important that generations to come to get the chance to learn about her in order to keep on fighting for gender equality and to keep on raising voices against inequality and injustice.